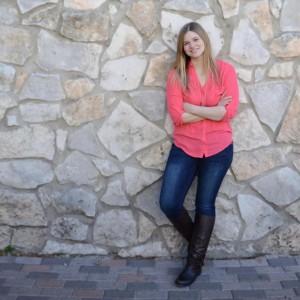 The gaps for the seatback of the porch swing don’t match the photo advertised - they are much larger gaps and don’t feel as modern as I was hoping. It still appears to be a quality purchase, but I was disappointed to see such a difference in person. It also didn’t come with the screws to mount it to the ceiling so we have yet to hang it as we need to go to the hardware store - that seemed unnecessary. I called the company about both issues and they seemed to just shrug it off. We also purchased the cup attachment but decided we’ll return it as it looked somewhat difficult to attach / would put visible holes in the arm rest if we ever decided we didn’t like it. It also didn’t tuck under as I thought it did (per some other competitors - which I thought was smart and looked better visually when you didn’t need a cup holder out).

United States
LOVE the swing, the ropes were a great choice!

The swing is well built, beautiful and we added the ropes instead of the chains and it's basically like art on our front porch now! It's great!

This item is sturdy, exactly as expected, and hold up to rain nicely. The color is as shown. Can hold two large adults or three children.

I think this is the most comfortable swing we have ever had over 50 years worth of swings that were wood , no matter the type, only lasting 5-6 years outdoors.. From what I have seen in chairs with this same material, this swing should last much longer, maybe 15 years plus, I hope..

Excellent. Love it. My wife says wee haa as she swings on it.

United States
Don’t order the cup holders. Expect to have a drill gun on hand.

The porch swing itself is a pretty straight forward assembly but requires two people. The cup holders were impossible to attach. We tried using a screw gun (Heavy duty one) but was it started smoking and we were afraid of burning out the motor. We went ahead and finished the assembly without using the cup holders and are pleased with the final results. I am hoping The Porch Swing Company will refund my money for the cup holders since they were a separate purchase.

Love it! Comfortable, easy to install and prompt delivery.

Came quickly, complete and no damages. I love the swing, easy to put together and good quality product. Highly recommended.